Underwater painting of spade fishes hovering over a sunken wreck

Underwater painting spade fishes. There are many shipwrecks around the coastline of the Red Sea. In this underwater painting of spade fishes, I have shown a steamship that has come to grief on a coral reef and is listing to starboard. It is quite common for groups of large Spadefishes to lazily swim and hover around the superstructures of these wrecks. Atlantic spadefish feed on small, benthic invertebrates including crustaceans, mollusks, annelids, and cnidarians. They also feed on plankton in the water column.

The species is endemic to the western . They are found off the coast of the southeastern United States as far north as Massachusetts, the Gulf of Mexico, and in the Caribbean. They are also found in Bermuda and the eastern coast of Brazil.

The fish inhabits marine and brackish waters typically in subtropical climates. They are common in shallow waters along coastlines with depths of 3–35 meters. Juveniles commonly inhabit estuaries until maturity and adults prefer mangroves, beaches, and harbors.

Atlantic spadefish feed on small, benthic invertebrates including crustaceans, mollusks, annelids, and cnidarians. They also feed on plankton in the water column.

Spawning season occurs from May to September. A female can release up to one million eggs per season. The eggs hatch after 24 hours and the larvae feed on a yolk for two days before actively feeding.

Click here to go back to the underwater painting overview

Want to know more about spadefish? 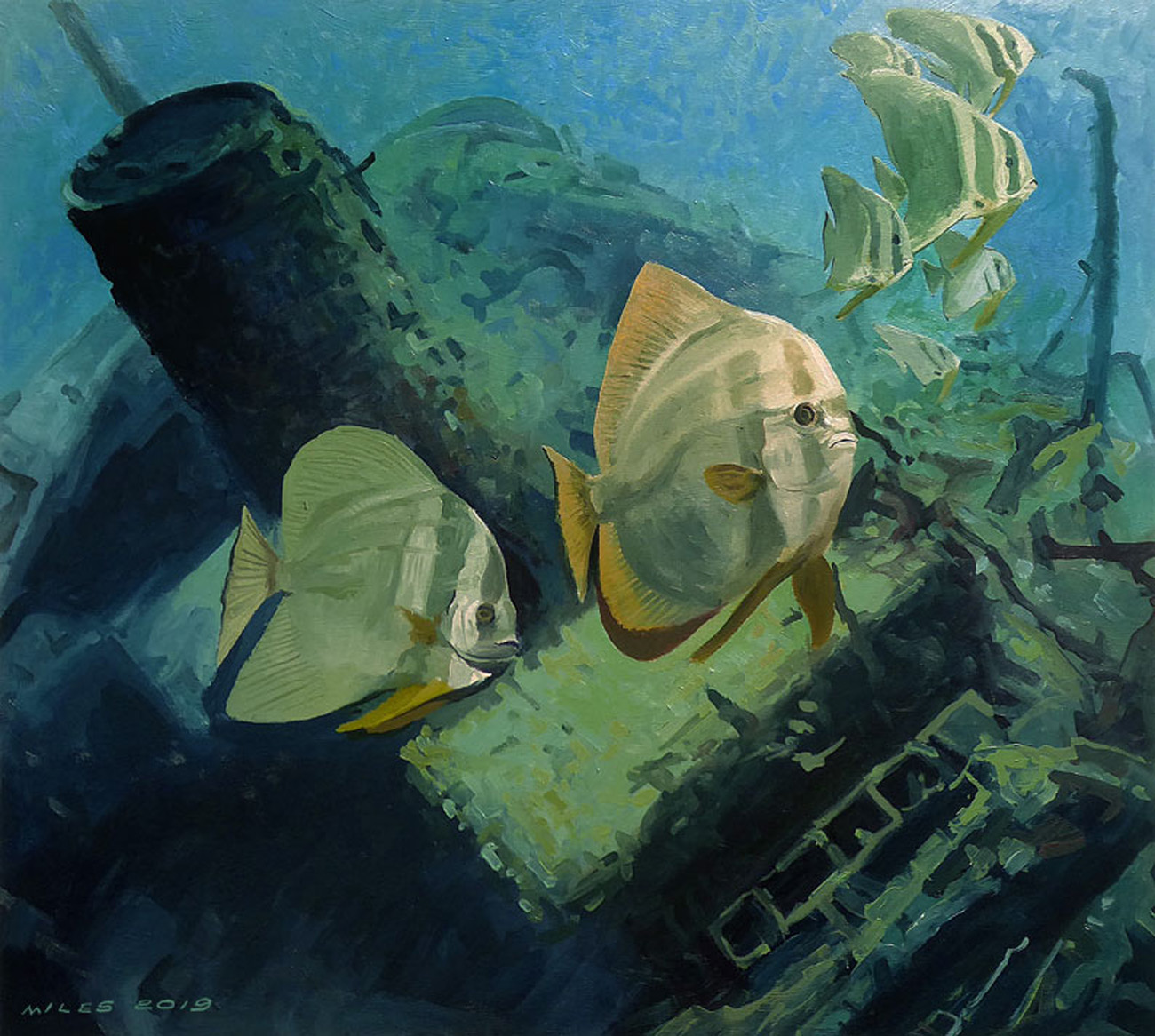